MediaVillage founder and media ecologist Jack Myers, also known as the author of books on Gen Z and gender in society, appeared on CBSN on Tuesday to discuss his new book, The Future of Men: Men on Trial.  Myers was asked about the proliferation of sexual harassment stories and rapidly changing gender roles.  He shared insights about men in society, as well as recommendations to ensure greater gender equality. 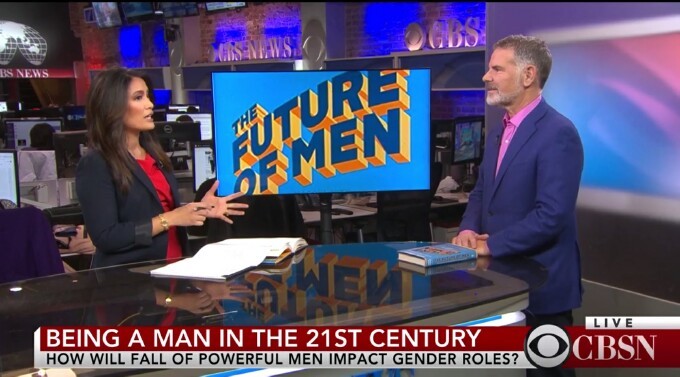 A big part of this, he noted, is the need for greater positive representation of male role models in the media.  “The future of men really depends on what we do right now,” he said.  “We’re at a turning point and we’re seeing a lot of negative influence on the role of men.”

This article originally appeared on MediaVillage.com